Meghan, Duchess of Sussex: How Personality Affected Her Relationship with the Press

The war on Meghan’s personality by the British tabloids has been one of the main tensions in the Sussex family for the last few years. It is what led them to sue the DailyMail in October of 2019 and, ultimately, leave the Royal Family in January of 2020.

What prompted the attacks of Meghan, which Harry called “relentless propaganda” that is “knowingly false and malicious”? And who is she really, compared to what the press has made her out to be? 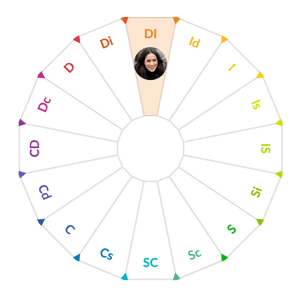 The relentless criticism of Meghan has been deemed “racist” and “sexist” by the Kensington Palace. Though every royal has had their fair share of bad press, Meghan seems to have been targeted more than others. In the past couple of years, the press has created an alternate tabloid persona for Meghan. The characteristics they identify seem to describe an unhealthy DI or Initiator personality type.

The British tabloids and press have described her as being:

All personality types have natural strengths and blindspots. These characteristics tend to represent the potential blindspots of an Initiator, which may be present when Initiators are facing a great deal of stress. However, this description of Meghan’s personality by the tabloids doesn’t seem to describe who she truly is. In fact, it seems to be a misconstrual of the information. But if all of this is false, why hasn’t Meghan herself been more forward in speaking out? To understand, let’s talk more about her true personality. 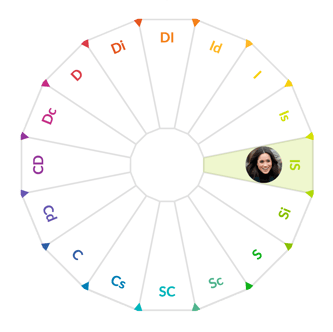 Much of this criticism seems to be a blatant dramatization of her actual personality. Meghan is a natural IS or Harmonizer personality, meaning she tends to enjoy building connections with others, seek harmony with her environment and the people surrounding her, and may grow overly excited in good times.

Some of Meghan’s most key personality traits include:

Meghan’s natural love for people can often be seen through her humanitarian work. Even before her introduction to the Royal Family, Meghan was involved in a number of charities, including One Young World, World Vision, and the United Nations. She also enjoys maintaining close, deep friendships with people, including friends from both her childhood and early acting days.

She is a naturally empathetic, creative type. She has expressed her artistic side through a variety of mediums, including theatre, calligraphy, and even bookbinding. Meghan is able to remain open-minded while listening to others and shares her emotions around people who make her feel comfortable.

Her care for others tends to mean that she’s easily drained by harsh criticism. This has become especially apparent over the years, as the public scrutiny has led her to withdraw from the public eye when she can. She even expressed the difficulty she’s had in an interview with ITV, a British broadcasting network. Meghan spoke about trying to develop a “British sensibility of a stiff upper lip” but had found it to be emotionally damaging. She added that the experience of being criticized by the press had been a struggle and thanked the interviewer for asking her how she felt.

Meghan’s natural feeling-oriented personality may make her more susceptible to pain or frustration from these attacks by the press.

The Root of the Misunderstanding

If Meghan’s disposition is naturally so sunny, why has the British press gotten it so wrong? If we give them the benefit of the doubt and assume it’s mostly a misinterpretation of Meghan’s intentions, much of their claims about her can easily be seen as misconstruing the situation.

As an I-type, Meghan loves building connections with people. She’s typically warm and open, regularly seeking to get to know others on a deeper level. Her ability to make friends with people from very different walks of life, across all social spheres may be misinterpreted or viewed negatively as “social climbing”. The phrase “social climbing”, though, implies that she is using people for status, which is unlikely to be the case for a Harmonizer. 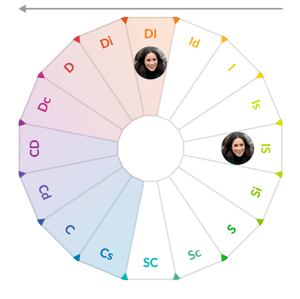 As for the “Duchess Demanding” nickname, the initial complaints seem to stem from her attitude at the wedding. According to Marston’s DISC theory, under enough pressure, all personality types may move toward D- or C-type traits (see graphic), which includes becoming more assertive. Likely, the pressure of having 1.9 billion people live-stream her wedding was enough stress to cause her to be temporarily over-assertive.

Meghan can also be extremely enthusiastic and eager as an I-type. When she was pregnant, this excitement may have been misinterpreted and misconstrued as “showing off”, further exaggerating a tabloid-created caricature of the royal.

Personality plays a role in the Sussex’s collective decision to sue the press in October and ultimately leave the Royal Family (and England)﹣it affects who Meghan is, the character the tabloids have made for her, and how she has personally responded to the criticism. As a Harmonizer, Meghan has a tendency to withdraw and avoid potential conflict. She has become less visible, outside of mandatory events, and has not formally spoken to the press herself, likely out of fear that if she does, it’ll only make things worse.

If she truly was “Duchess Demanding”, we certainly would’ve heard something directly from her. But it seems like without a proper understanding of personality, the British press has created a firestorm that’s taking a major toll on the Monarchy.

Personality AI
The Personality Behind WeWork's Downfall
Earlier this year, WeWork was on top of the world. It was valued at nearly $47 billion and crowned one of the fastest growing, most valuable startups in recent history. It’s founder and CEO, Adam Neumann, was soaring as well, preparing to take his co-working empire public, which would make him a billionaire several times over. The company was growing at a historically rapid pace, doubling over the last year to over half a million members renting desks at WeWork locations in 111 cities globally. Revenues were compounding as well, on track to surpass $3 billion in 2019.
(read more)

personality
Big Five vs Myers-Briggs
Personality assessments seem to be all the rage lately. Instagram accounts, Subreddits, and Facebook groups centered around different personality types have all formed and they’re gaining plenty of traction.
(read more)

Personality AI
We ran Donald Trump's Letter through Personality AI, and here's what we learned
On Tuesday, Donald Trump sent a letter to House Speaker Nancy Pelosi to express his opposition to the upcoming impeachment vote. To call it strongly worded would be an understatement.
(read more)

Empathy
How to Talk to Anyone: The Empathy Equation
Our world is diverse and expansive; more than 7 billion people live with different life experiences, worldviews, strengths, and preferences.
(read more)